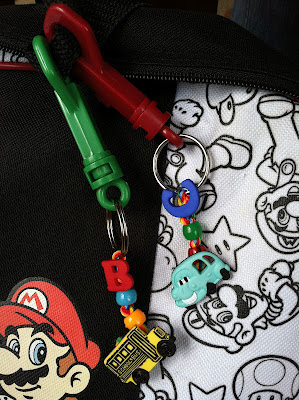 We live not far from where my oldest attends kindergarten. Usually I pick him up in carpool each afternoon but sometimes he rides the bus home. I always put a note in his bag for the teacher specifying how he's getting home and remind him when I drop him off in the morning. "I'm picking you up tonight" I'll say, or "Don't forget you're riding the bus home." Seems simple enough, right? Yet, twice this year I've gotten a call from the school office that he's gone to carpool instead of getting on the bus and I've had to go pick him up. Once it was because the teacher got my note mixed up with a note from another day and once my son left the classroom for the bus but ended up in carpool and the teachers running the carpool were none the wiser. Until I didn't show up, that is. Not a big deal, but stressful in the end.

So I decided to add an extra reminder for my son--a transportation clip on his bag. "B" and a yellow school bus for riding the bus home. "C" and a blue car for carpool. I keep the clips by the back door so that as we leave the house in the morning I can attach the right clip to his bag. I made both of these in under a half hour and for a few dollars. You might already have most of the supplies in your house and if your kids are older and craft savvy they could make these themselves.

Here are the supplies: two keychain clips, a length of craft cord and assorted plastic beads and vehicle/school themed buttons. 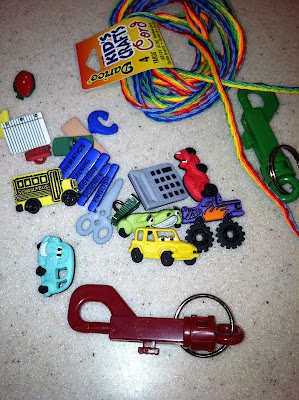 Just cut a longish length of the craft cord and knot it around the metal keychain loop (less than a dollar at Home Depot). Add the car, bus and letter buttons (purchased at Michael's Crafts) and plastic beads (I had some in my craft bin), tying a knot in between each item and ending with the car/bus. The vehicle buttons hide the last knots well. Use scissors to trim off any excess cord.

These have really helped avoid further confusion. They're durable and easy to clip on and off his bag, and can't hurt anyone if they come undone, which is why I avoided safety pins. Plus they're fun and colorful. Now, an older child might want something more sophisticated but for a kindergartener this works great
Posted by Christa at 11:41 AM 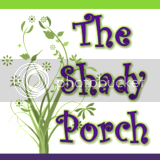